Paul Oberman gained fame buying, restoring and leasing out historic buildings such as the Summerhill train station that is now an LCBO. 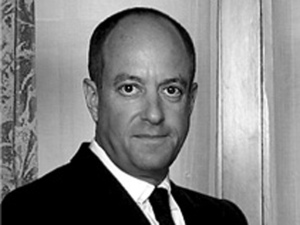 About 20 years ago Mr. Oberman hired Eve Lewis, owner of Urbanation and Market Vision Real Estate, to help him sell condos. The two fell in love, pooled their kids (his three and her three, ranging from two to eight years old) and married.

“Before I met Paul I thought I was an incredible risk-taker,” says Ms. Lewis now. “Then when he came along, I figured one of us would need to have a steady income.”

So she stuck to selling condos. With his company, Woodcliffe Landmark Properties, Mr. Oberman continued buying fixer-uppers. About seven years ago he bought four buildings on the west side of Market Street, just across from St. Lawrence Market.

Those buildings included the former Armory Hotel, built in 1858, later the Old Fish Market. A developer had won permission to demolish it for an 11-storey condo, but Mr. Oberman chose to restore the two-storey building instead.

“It’s a very sad story,” says Ms. Lewis. “There was ice on the wings.” The plane crashed in Maine. The pilot survived. Mr. Oberman died.

The Summerhill LCBO, is one of the buildings Paul Oberman restored.

Ms. Lewis grieved the love of her life. To help her cope, she also rolled up her sleeves.

“I went in to run his company a week after he died,” she says. “My goal for his family was to complete it with the vision that he had for this street.”

The buildings restored by Eve Lewis are near St. Lawrence market.

We are sitting in Bindia Indian Bistro, the first tenants in the new space, along with a big new LCBO. Other eateries coming here include Balzac coffee, Patizza (from the owners of Mistura on Davenport Road) and Market Street Catch, a fish restaurant.

What Mr. Oberman and Ms. Lewis have achieved is sublime. They saved history, and, working with the City of Toronto, created a sidewalk-free cobblestone street. From May 1 to Sept. 1, parking will make way for restaurant patios. It feels already like Ghent or New Orleans.

Most developers in Toronto ask: “Why restore when you can demolish?” Mr. Oberman is different. In 2010 he lay down to stop a bulldozer from wrecking Department of National Defence hangars at Downsview. Police dragged him away.

Still, Ms. Lewis says he was far from quixotic.

“He would spend a lot more money than anyone is ever willing to do,” she says. “There is an appreciation from the tenants who go into these buildings that they are way more expensive than something that is a block away.”

She has now caught the restoration bug. “I’m now ready to acquire more heritage buildings that we could restore, now that I’ve learned the business.”

Ms. Lewis is moving on in other ways, too. She has listed, for $12.8-million, the 18,000 square-foot home at 30 Rosedale Road where she and Mr. Oberman raised the kids. This time she is taking a bath. “Paul’s costs alone had to be $20-million,” she says. “It has 11 bathrooms. We flew all over the world finding the right marble.”