In Memory of Paul Oberman 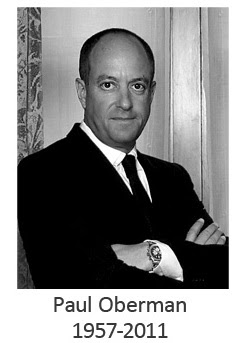 I’m sure we’ve all met people who we knew were world class. For me, Paul Oberman was that special type of person.

I’ve known Paul for almost 6 years. I first met him while I was teaching his nephews physics and math at a private school. After some time talking to the family about how much I love real estate, they finally introduced me to him.

Since then, he always treated me like family. I’d make it a point to have lunch with him every quarter to talk about opportunities in the city, how to structure deals, and where Toronto was going.

Toronto was Paul’s favorite subject. Paul was extremely passionate about making the city look and feel world class. His never ending motivation was inspiring. I fondly remember that after I won the audition to host Inside Toronto Real Estate, Paul was one of the first people I told. We immediately brain-stormed different topics we could discuss on air.

Sadly, Paul only appeared once.

On his appearance, Paul’s passion for urban design was so powerful, he was the one questioning the other guest, Councilor Adam Vaughan. Even though I was the actual host of the show….who actually should be leading the discussion, I let him go. How could you stop him?

I always asked him, these debates you have are not income generating, and most of these properties you want to see changed you don’t even own, why do you care? He told me it was too much of an injustice to let things stay the way they are and he wanted to set an example if you build a city the right way, it is actually profitable.

Simply put, Paul was a pit-bull. He will fight for what’s right and won’t stop until it happens….and he wanted a better Toronto.
It’s ironic that the day we had that conversation was during the time of the airshow. A CF-18 flew by his office, we stopped talking instantly. I found out that we had something else in common: we both loved planes. It’s devastating to know that he was actually killed flying one.

The whole city of Toronto, myself included, will dearly miss him.